When it comes to driving, you cannot find any drivers that never dream to drive at their highest speed. But that is not as simple as that because speed driving greatly depends on each state law. Moreover, there are several factors that contribute to speed such as insurance cost (premium) fees and fines and driving records in relation to the driving speed.

Each state in the US has traffic laws and once caught, fines and other fees differ also.

Therefore, this infographic makes sense by showing you these “Top 10 Fastest and Slowest Speed Limits by State.”

1. Let start with the speediest speed limit in the United States. Speed limit depends on each States and if you’re driving car is permissible. For example, places such as Nevada, Kansas, Oklahoma, and Louisiana which comes in fifth place with a speed ranging approximately 72 miles/hour.

2. North Dakota and Idaho come in the 4th place. These states have the permissible speed limit averaging to 73 miles per hour.

3. Maine, Utah, and Wyoming join on the 3rd place with the highest average speed level of 75 miles per hour. These allow the drivers to fasten and to advance of 77 miles per hour.

4. Meanwhile, South Dakota is the 2nd speediest state and Texas is on top of the list. Texas is a paradise for fast drivers as well as aspiring drivers that want to speed up at lightning speed. Take note, in this state you can drive up to a maximum of 90 miles per hour.

5. In opposition to the rules in Texas state which allows driving at its maximum. There are several places in the US where speed limits are moderately low. And Alaska is one of the slowest among all in the states with a speed limit clipped approximately 55 miles per hour.

6. Second in low speed is Delaware, New York, Hawaii, Rhode Island and Vermont with the significant speed differing between 57 to 58 miles per hour.

7. Place such as Indiana, Connecticut, and New Jersey are in the 3rd spot of the lowest speed. Within the state, the average speed allows only to the extent of 62 miles per hour.

8. Massachusetts place on the 1st place of the slowest speed limit allowed with an average speed of 65 miles per hour.

9. Another interesting trivia about the speed limit in the US is that Georgia complying with the super speeder law. Where drivers could be penalized of fines up to USD200 for over speeding of 75 miles per hour, and as long as the track is double lance and you exceed the limit of 85 miles per hour in the numerous lane courses.

10. In other states, the average speed differs between day and night. And if getting involved in an accident, the insurance cost especially of premium also varies from state to state. It depends on the limit of the average speed mandated by the State.

So, you already have this information for you to keep when you are in the U.S or in another state. Now be a responsible driver wherever you are. 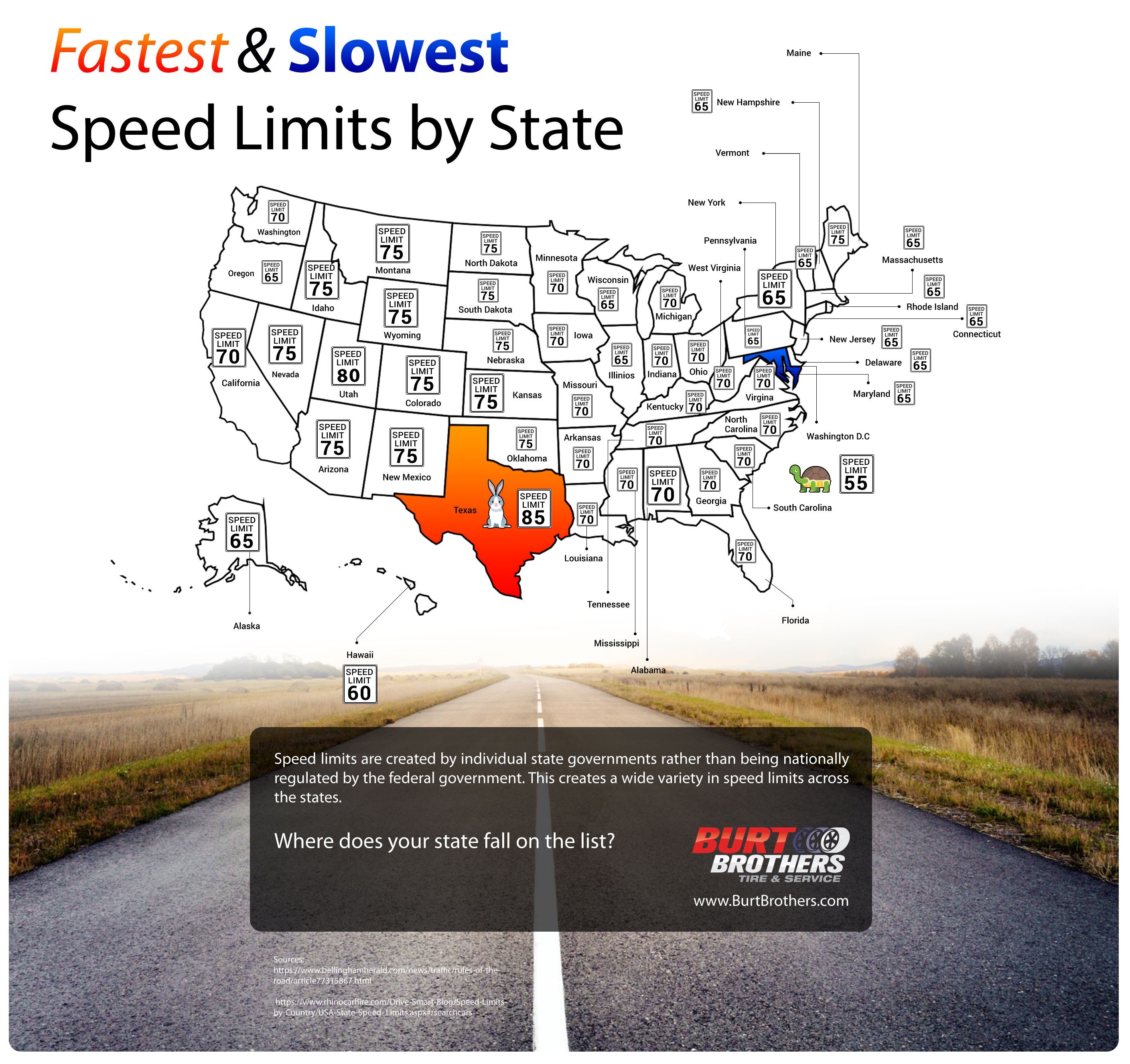